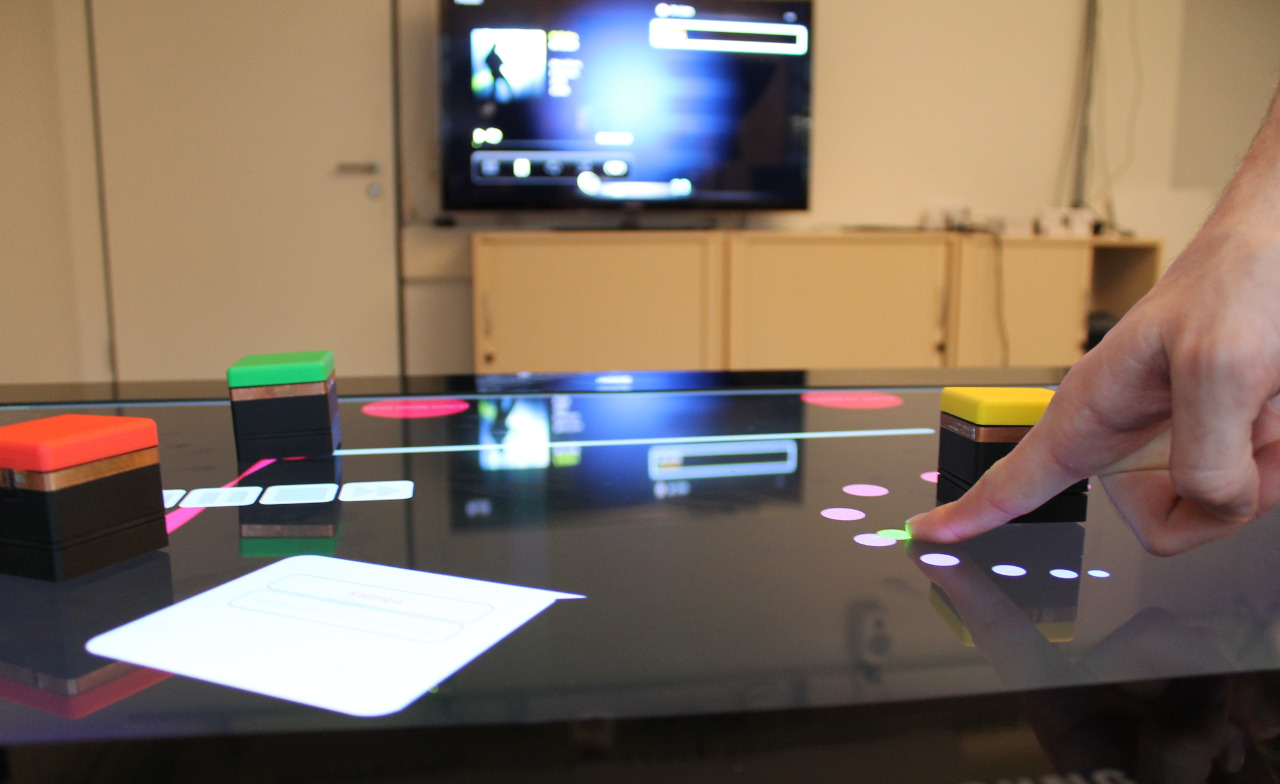 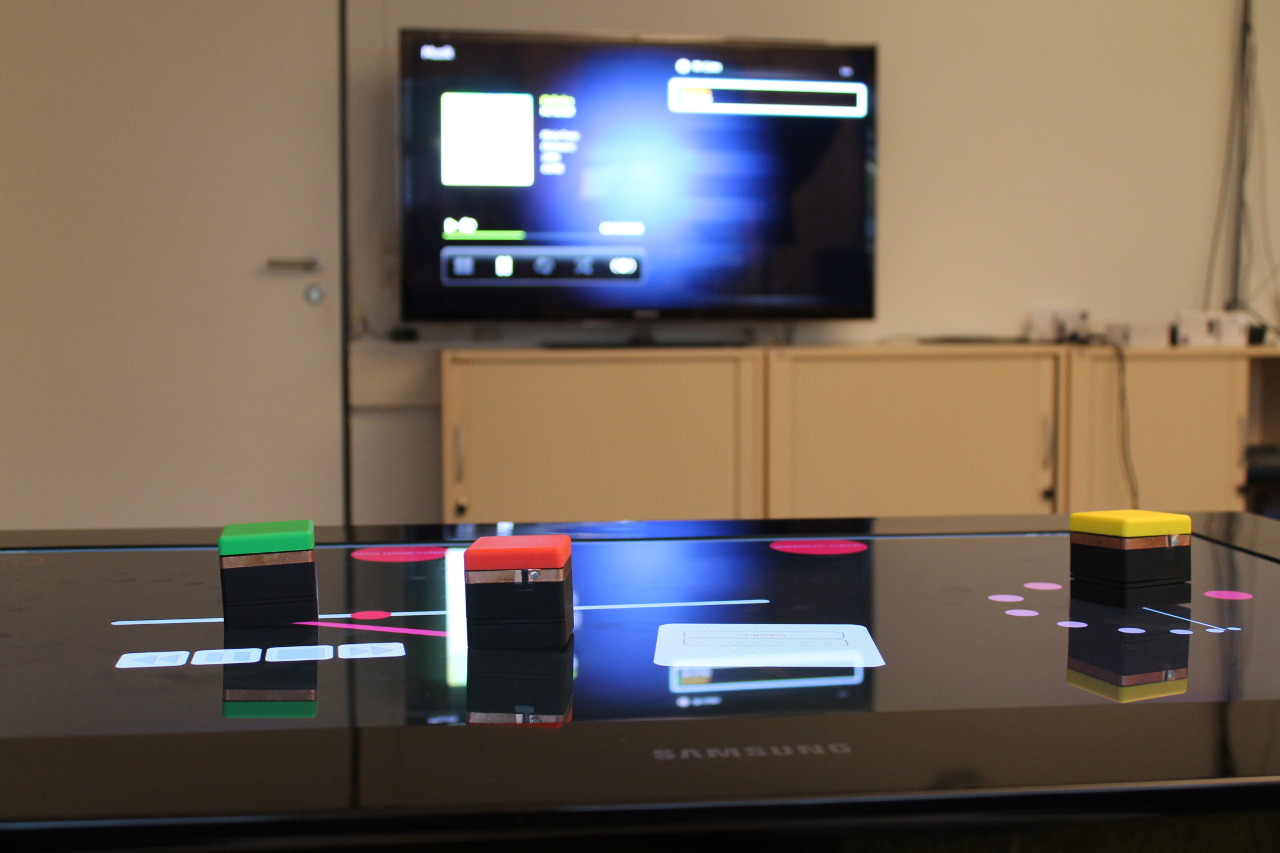 The Active Home EntertAinment Desk (AHEAD) is a universal multi-user tabletop media navigation and control system for the living room. It consists of actuated (robotic) and passive tangible objects used on a large interactive surface (Samsung SUR40). With AHEAD, users can browse, navigate and control available media data and devices, implementing the Universal Plug and Play (UPnP) standard, such as modern televisions and other media devices. Thereby our system is compatible with most current television sets and home entertainment systems and acts as a universal control for several multimedia devices.

It is also usable by multiple users simultaneously and combines the strengths of interactive surfaces and tangible tabletop systems. The first prototype of AHEAD was developed using a 22” multi-touch display by 3M, and was later ported to a SUR40 device. Both implementations as well as their interaction design are presented and discussed in this paper.

This work was supported by the Cluster of Excellence Cognitive Interaction Technology (CITEC) https://www.cit-ec.de/